Progression Through Words and Actions

Screenwriting became a progression as the words and actions shifted and molded to the story. With any experience, the growing pains became necessary in building a great work. Revising and reworking on my screenplay allowed me to rectify the world ruling my imagination.

Over the past week, I’ve been on my thesis screenplay as midterms came and went. Last week, my professor and I discussed focusing on story structure to iron out some of my ideas. I wanted my scenes to feel more realized and less complicated. This required me to do some major rewriting in the first and second acts. Some scenes are reworking, others were moved around and some were axed completely. It broke my heart to do it, but it had to be done for the sake of my stories and characters. All this led to some new dynamics I had never thought about while allowing the story to take shape. Equaling the playing field amongst the leads has gotten better as the dialogue and actions speak more to the people I want them to be. Some supporting and minor characters play bigger roles than I expected. In working on the story structure, I found myself working on the dialogue. I felt some of the dialogue was a little stale and needed to be refined. The progression has begun to take shape, and I’m enjoying it.  As more feedback begins to come back in, I will be able to rework and revise the screenplay even more as my independent study winds down. The next few weeks will be crunch time for my writing process. 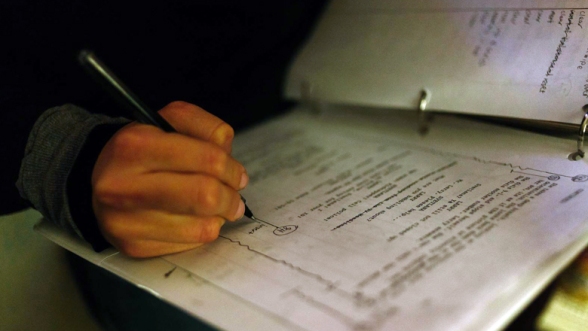 This week had me juggling many balls in the air. Independent study was put on pause this week as I worked on my screenplay. Doing my third exercise as a TA  was fruitful as it spurred a lively debate amongst the students. I enjoyed seeing young people express their thoughts and opinions. I’m still waiting for feedback from a few readers. The visual work has begun to come together (check out my Instagram for more on that). As independent study winds down, I’m worried about getting my thesis application together. So far, my thesis journey has begun to fall in place.

Finding a Groove by Moving Forward

Screenwriting has allowed many to give a voice to the voiceless on the page. Whether theatre, film or television, screenwriting became a cathartic experience as well as a creative release. With any experience, there has to be a transition that allows for progression. Working on my second act allowed me to find voices within my multi-layered world.

Unlike last week’s writing overload, I found my groove as I begun to take on my second act. Allowing the screenplay to act as a setup has allowed me to explore this foreign yet nearby world  – the music industry. The characterization and dialogue came through me as the intensity of the second act opened up for my characters and the world around them. Human connection and relatability became the focus of writing the second act. Doing some work in the first act allowed for the second act to be more grounded in reality. I allowed influences from various areas – interviews, documentaries, musicals – to sip into the second act but with my own twist. All those years of being a music head really paid off when it came to creating conflict when the time called for it. Adding new characters to play against my leads allowed for some interaction I never saw coming during the initial stages. The second act builds upon the world created in the first act as the music moment become second nature in the writing process. Like last week, my thesis fell more in line with the intent of my original one-act play touched on. I wanted to illustrate that point while expanding into other areas for a more well-rounded story. With my second act done, the next few weeks will be about working to refine what I have and making some new twists.

For the first time in weeks, I felt less anxious about life. I was able to enjoy some personal time by doing some self-care. Independent study went well this week as my professor and I discussed the new direction. Teaching was a little better as I became more comfortable with the students. Client work slowed down a bit, but there seems to be something around the corner. I sent out my script to be read by a film and television professor (Fingers crossed for a good critique). The visual work was scaled back this week while work and school took over my life. So far, my thesis journey has begun to fall in place.

Finding a Pace Amongst the Chaos

For writers, having a full workload is seen as a gift and a curse. On one hand, doing what you love can be rewarding artistically (and sometimes, monetarily). On the other hand, it can be a little overwhelming and mentally-taxing when everything is a little off-kilter. For me, this dichotomy played itself out in some many ways.

The past week has been a trial of will and passion as I was stretched thin by my need to be preoccupied. My screenplay has begun to take on a new direction as I aim for a potential series on TV or streaming than a theatrical release. I decided to take what I have in my first act and expand it. As I had discussed with my professor, the first act needed more room to breathe so I could develop the characters even more. The characterization and dialogue needed to be developed more. Initially, I tried cramming to much action in the first act with very little development for my characters to connect with the audience. Equaling the playing field for the leads was a mission that seems to be going well as I did get a chance to flesh out my four leads. Adding scenes and expanding some supporting ones allowed me to give the environment and lead characters more context. For the first time, I felt my thesis is becoming what I actually wanted. The new take allowed me to do more world building and set up for the future series. As I moved into my second act, I knew moving on would help me to correct and reshape my first act. 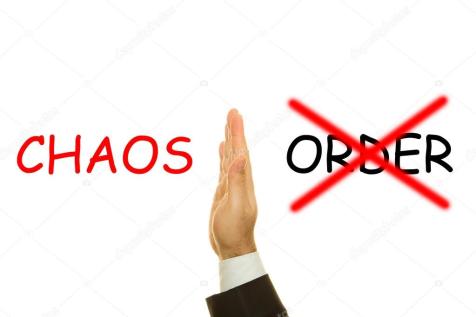 The past few days have been a little chaotic. Covering SCAD AnimationFest was both exciting and daunting as I went from event to event for an upcoming article. Independent study was a little rough as all aspects of my life competed for my attention. I did my second exercise as a teaching assistant which led to some fun ideas and awkward moments. I did client work that I actually got paid for. The visual work was scaled back this week while work and school took over my life. So far, my thesis journey has been battle for my time and passion.

Animation inspires me in so many ways. This week’s video focuses on my time at SCAD AnimationFest. Enjoy the new vlog!