Fighting the Box of Conformity and Doubt

Following the book while forging your own way can become a test of skill and determination. Being an aspiring screenwriter has given me the ability to try my hand at many genres and stories with abandon. Reworking, editing and revising has become second nature at this point in my process. This process has challenged me in ways I never thought I could be as a writer. 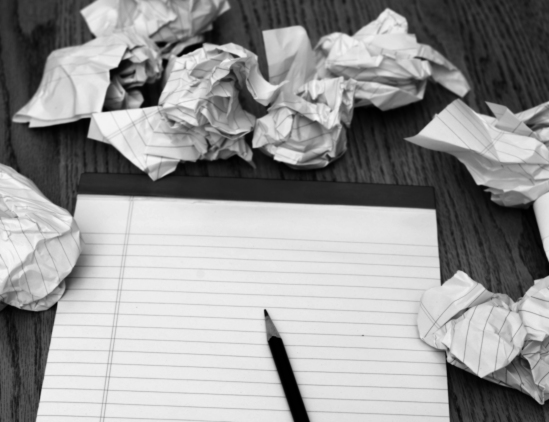 As I’ve chronicled in previous posts, working on this screenplay has been a journey, to say the least. Creating a screenplay based on a foreign world to me – the music industry – has pushed me out of my comfort zone. My forte has always been animation aimed across different demographics. Writing this live-action film has been a challenge as I constantly remind myself to balance my usage of dialogue and action. The characterization and dialogue in the script have been a gift and a curse as I wanted to allow for creative license. I wanted to show a female-centric screenplay where every character – female and male – was multi-dimensional with their own experiences. Focusing on Black women’s plight in the music industry has made me question my reliability as a storyteller as I spoke of an experience I knew nothing about. But I was compelled by my research for my one-act play to expand this work and create something subtle yet realistic. I wanted to portray four Black women who were going through life with similar yet different circumstances from the average woman. I managed to take what I’ve absorbed from years of being an audiophile with my own twist. I wanted to follow the traits of the greats while trying to avoid the traps of many musical dramas and biopics. Breaking out of the box of film and television cliches has been hard as I delved further into my writing. Having dialogue and actions that speak to both the Black Millennial experience has been a major point for me in writing this screenplay. It has to speak to the present without being dated years from now. Hopefully, getting some more input from various sources will lead to a big breakthrough in my screenwriting process.

After I worked on my screenplay, Independent Study was fruitful as I received some much-needed feedback from my professor. Helping the students with their portfolios and presentation was fulfilling as I felt a connection as an educator rather than just another student. Feedback has slowly begun to trickle back in from a few readers. My visual work took shape with better results than I had forecast (check out my Instagram for more on that). Freelance work was quite slow this week (just a sign that I need to grind harder). I received some news that might be game changers (stay tuned to this space). I’ve already planned on doing Nanowrimo but writing two screenplays rather than a novel. As independent study winds down, I’ve begun to gather my committee for my thesis next quarter. So far, my thesis journey has begun to fall in place.